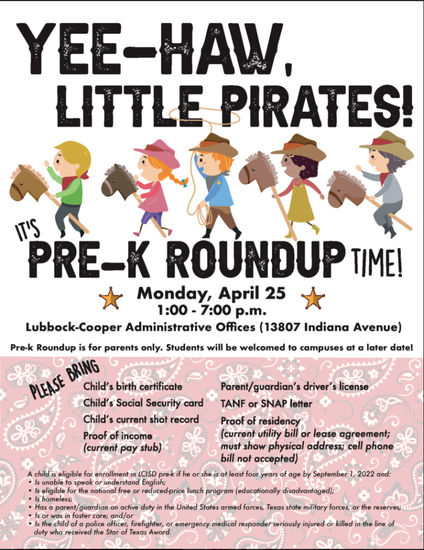 To qualify for Lubbock-Cooper's pre-k program, students must be 4 years old on or before September 1 of the school year in question.

Students must also meet one or more of the following eligibility guidelines (available in full at http://pol.tasb.org/Policy/Download/833?filename=EHBG(LEGAL).pdf):

If you believe your child may qualify based on one or more of the criteria listed above, contact the campus you are zoned for, and they will guide you further. If you are unsure which campus zone you live in, see the Elementary Attendance Zone Map.